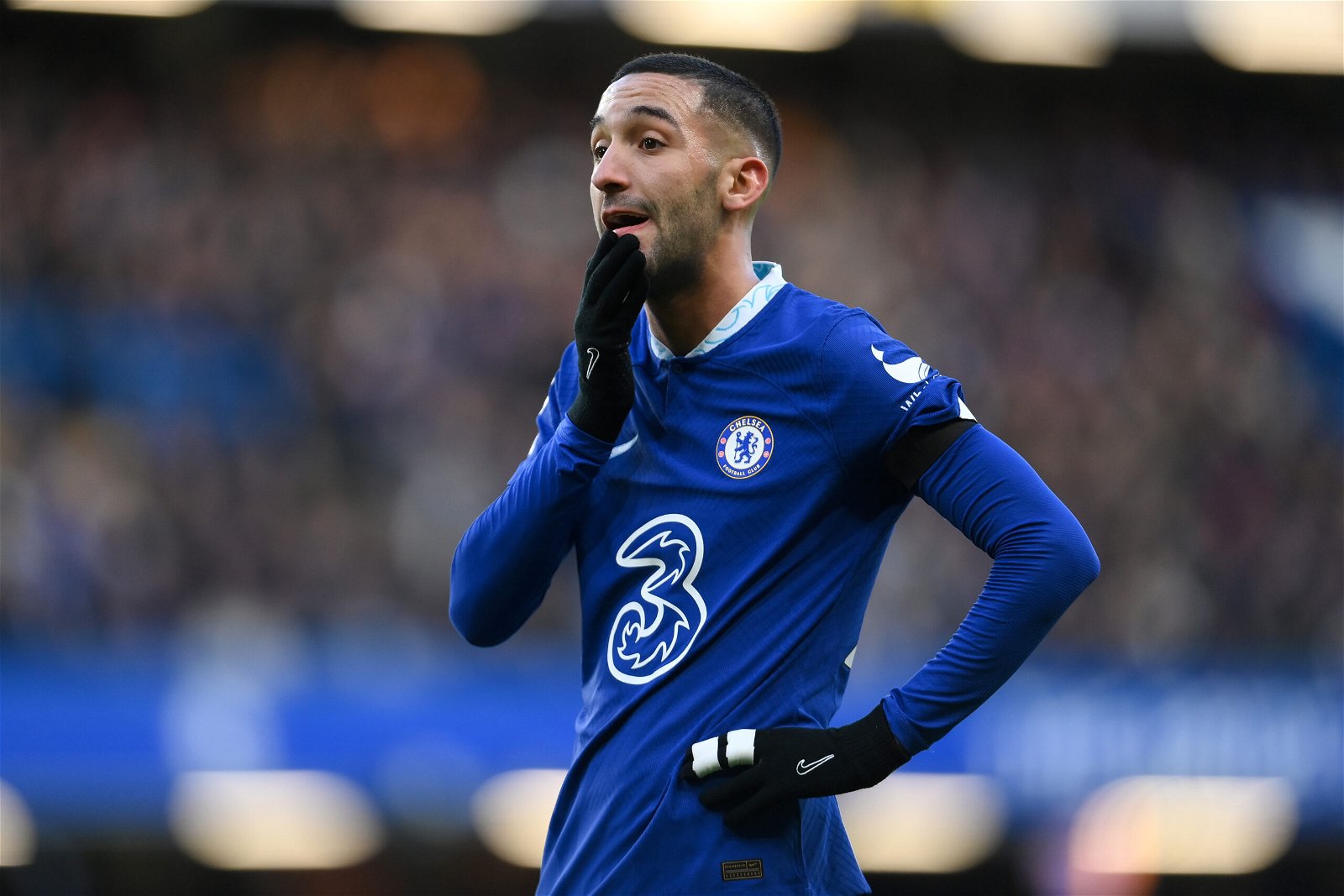 Hakim Ziyech’s future at Chelsea is unclear this month and his recent performances have made a potential decision even harder considering the attacking injury problems.

The 29-year-old will have two years left on his current contract at Chelsea at the end of the season. During his time at Stamford Bridge, the Moroccan has constantly been linked with a departure due to finding his difficult to find his feet in the capital.

He has been in and out of the side under Frank Lampard, Thomas Tuchel and now Graham Potter, but in recent weeks he has taken the opportunity handed to him following the injuries to Christian Pulisic and Raheem Sterling.

Ziyech, who starred at the World Cup, was praised by Potter following the conclusion of the tournament in Qatar which saw Morocco finish in fourth place.

“At Chelsea, there are always good players who aren’t in the starting XI and have to be patient,” said the 47-year-old. “Delighted for him, and kept in touch with him over the World Cup.

Ziyech has faced criticism from sections of the Chelsea support, including being booed by travelling fans during their 2-1 defeat to Fulham earlier this month.

However, his performances in recent weeks have impressed, coming at a much-needed time with the absences of Pulisic and Sterling.

Ziyech linked up well with new signing Mykhailo Mudryk on Saturday against Liverpool and was unlucky not to pick up a goal contribution during the goalless Premier League encounter at Anfield.

His performances have started to attract interest from a whole host of clubs. Newcastle United and Everton have both been linked, while AC Milan and AS Roma have been attributed to interest, with Jose Mourinho’s side making an enquiry over the weekend.

Chelsea have already brought six players to the club this month and are planning a squad overhaul in the summer, which includes Ziyech’s future in west London being uncertain.

So despite Ziyech being in a good place right now and the injury situation, would it be the right call to let him go if the right offer came in? The answer is yes.

Potter’s side are in a stronger position over Ziyech’s future due to his current form. It will grow the interest which they need to take advantage of, and it would allow the Blues to offload one of their players for a maximised fee, as well as beginning the squad rebuild this month.

Ziyech may prove to be an asset at Chelsea for the remainder of the season, but the Blues could cash in on the winger while his stocks are high instead of taking the risk and trying to offload him in the summer.