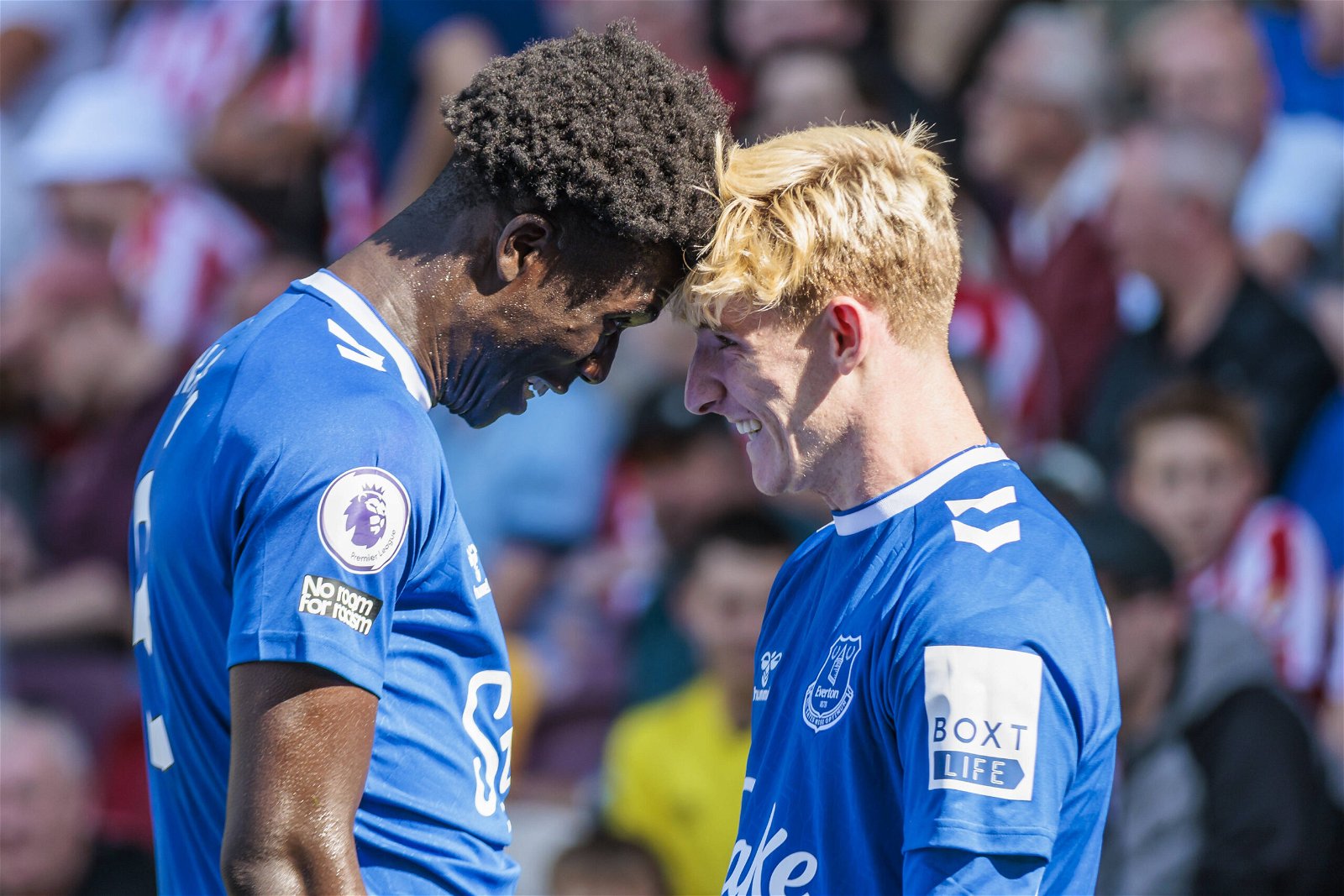 Chelsea are considering two Everton players following the crisis at Goodison Park which has seen Frank Lampard dismissed from his position.

Lampard, a former Chelsea head coach, has been sacked however confirmation has not yet been given the Toffees, who are currently in the relegation.

Meanwhile, Chelsea and Graham Potter have found stability in the capital after a shaky couple of months which saw the 47-year-old come under pressure.

A win and draw in their last two games have ended the rot, a three-game losing streak in all competitions, and things are looking to brighten up for Chelsea on and off the field.

Potter has welcomed six new arrivals to the club, including Joao Felix and Mykhailo Mudryk, while many injured players are beginning to make their comebacks, with Reece James and Ben Chilwell two of those returning to training last week.

They are starting to show interest in other players with just over a week to go until the January transfer window closes.

Lyon’s Malo Gusto is wanted to offer cover and competition for James, while a renewed pursuit of Enzo Fernandez is expected this week, with talks set to resume with Benfica in the coming days.

Now it’s been reported by Sébastien Denis that Chelsea have already had their first offer rejected for the 19-year-old after submitting their opening bid on Monday.

Two fresh options this month have emerged, as reported by Matt Law, with Everton duo Anthony Gordon and Amadou Onana both being the subject of interest from Chelsea.

Gordon was wanted in the summer but Everton refused to let the forward leave after rejecting a £50 million bid. He is also attracting interest from Newcastle this month.

Chelsea are considering taking advantage of relegation-threatened Everton in the finals days of the transfer window.

With fresh bids expected to go in for Fernandez and/or Brighton’s Moises Caicedo, it’s going to be a busy end to an already busy month for the Blues.

Following Noni Madueke’s arrival last Friday, Potter insisted Chelsea weren’t likely to do much more business between now and the end of the transfer window.

“I don’t think they’ll be too many to be honest,” he said.

Gusto wants to join Chelsea from Lyon, who are reluctant to let him leave mid-season, and has already agreed personal terms, according to Fabrizio Romano.

It’s going to be a case of who else and how many will arrive through the doors at Stamford Bridge instead of if Chelsea will land any more signings.