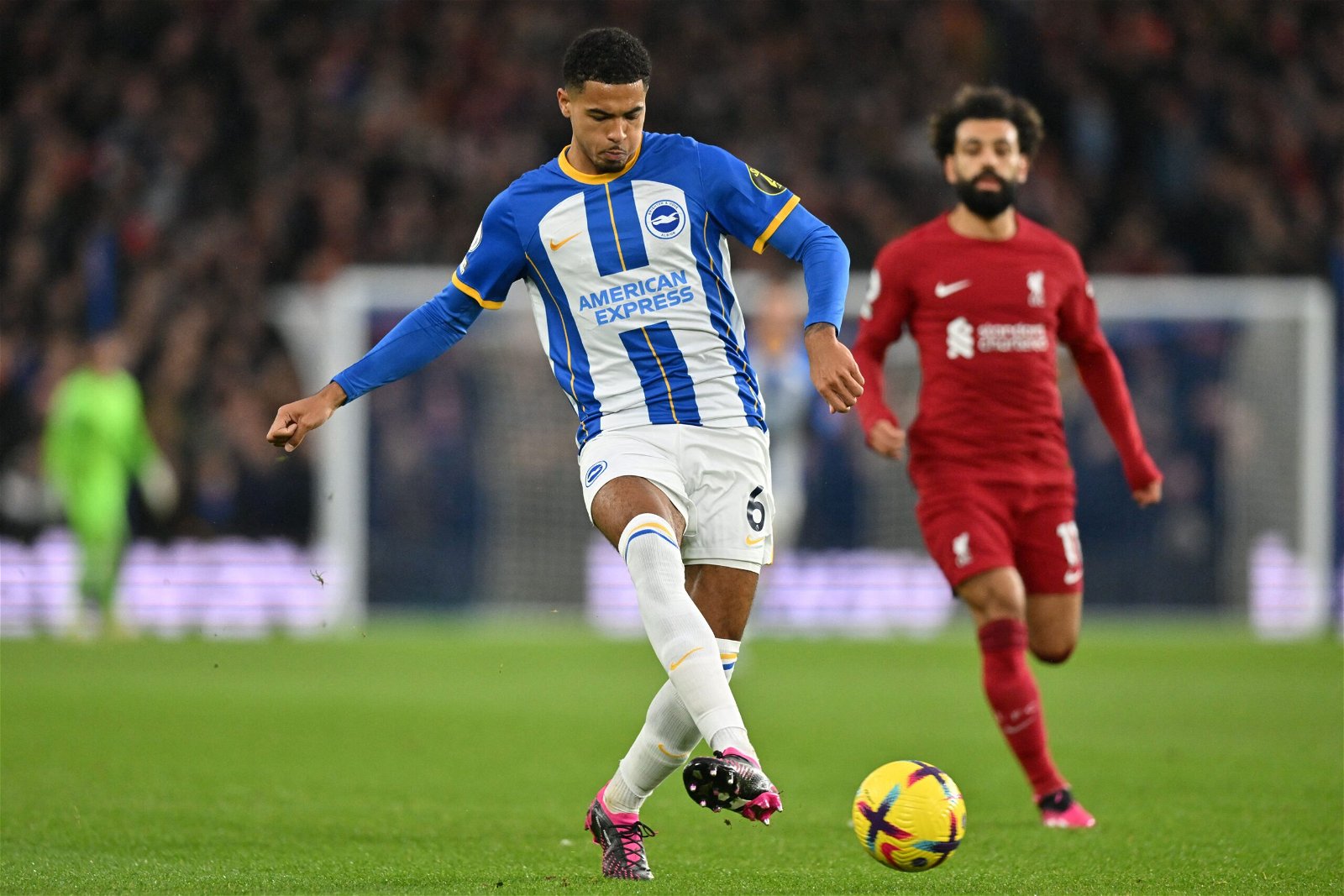 Levi Colwill is poised for a contract extension at Chelsea and Gareth Southgate is considering calling up the defender to the England squad, according to reports.

The 19-year-old has emerged as a key part of Roberto De Zerbi’s first-team at Brighton & Hove Albion after putting in some very impressive displays.

Colwill completed a season-long loan move from Chelsea to the south coast in the summer in search of regular first-team football in the Premier League.

After coming off the back of a strong season with Huddersfield Town in the Championship, where he narrowly missed out on helping the club gain promotion, it was a surprise to see him loaned out again this year.

There were fears that the Blues could end up losing him on a permanent deal, but they reached an agreement for a loan, and it has been very beneficial for Colwill to this stage.

The young centre-back has played in 11 games for the Seagulls and has been handed an extended run in the team due to an injury for Adam Webster that he has capitalised on.

On Saturday, Colwill and his team recorded a massive win, 3-0, over Liverpool as the defender put in a solid display at the back.

His recent form has come at a perfect time, as reported in The Athletic, Southgate and the England coaching staff are looking at who to include in the squad for their upcoming qualifying matches for Euro 2024.

Following the World Cup exit in the quarter-final stage, the England boss may be considering giving other players the opportunity to impress in these games.

As previously reported, Chelsea are planning to hang on to Colwill and they consider him an important part of their long-term plan.

There may be some slight concerns from the defender’s view though, as Chelsea went out and splashed £33 million on Benoit Badiashile who turned in a high quality performance on his debut against Crystal Palace.

However, as reported by Matt Law of the Daily Telegraph, Colwill is believed to be in a line for a contract extension ahead of his return to the club which should give him some reassurance that they have faith in him.

He will be hoping to challenge for regular first team minutes at Stamford Bridge, but for the moment will be focused on continuing his good form with Brighton.

Colwill was in attendance at Stamford Bridge for their 1-0 win over Crystal Palace on Sunday afternoon, which saw him meet new signing Mykhailo Mudryk in the stands.

When will Mykhailo Mudryk make his Chelsea debut and can he play against Liverpool this weekend?