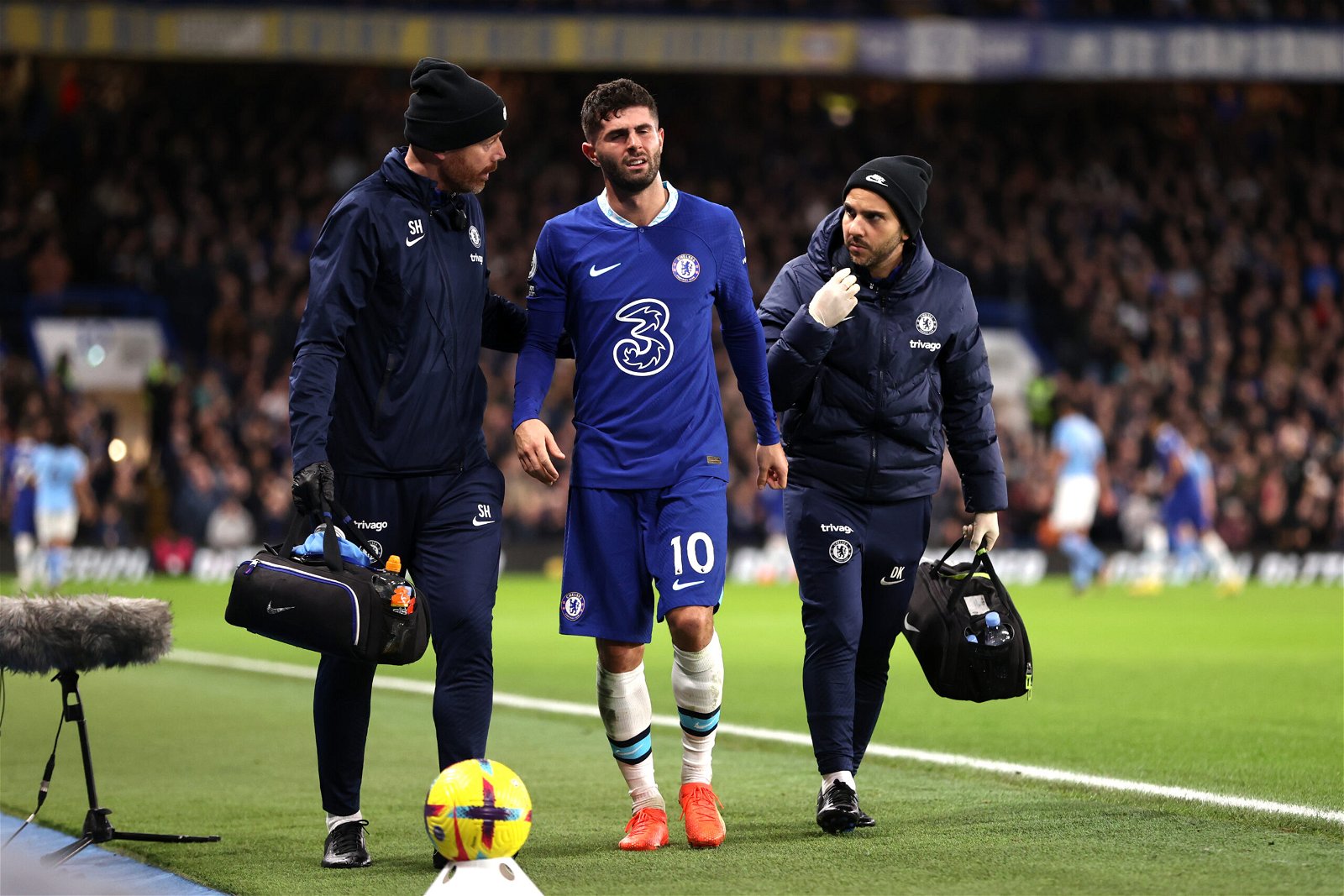 Graham Potter would have hoped his injury problems at Chelsea would have reduced, however it’s been the total opposite for the 47-year-old.

Since his appointment last September, Potter has not had a fully fit squad at his disposal which has seen Chelsea‘s form turn from a ten game unbeaten start to one Premier League win in their last eight games.

Ben Chilwell saw his return against Dinamo Zagreb end in agony as he suffered a hamstring setback. Ruben Loftus-Cheek picked up a thigh injury against Newcastle United and hasn’t yet returned.

Prior to domestic football returning, Armando Broja ruptured his anterior cruciate ligament in the friendly against Aston Villa out in Abu Dhabi last month. He has been ruled out for the season.

More recently, Edouard Mendy has been struggling with a shoulder injury since the World Cup and was close to returning to full fitness after returning to training this week. But he fractured his finger which required an operation, extending his time out and Kepa Arrizabalaga being the only viable senior option for Potter.

Ahead of facing Man City in the FA Cup third round this weekend, Chelsea played Pep Guardiola’s side in midweek in the Premier League – they lost 1-0 at Stamford Bridge.

But their injury problems worsened with another three players sidelined. Mason Mount picked up a knock in training, while Raheem Sterling (hamstring) and Christian Pulisic (knee) suffered first-half injuries.

It has meant ten senior players are currently unavailable which is almost enough for Potter to name an injured XI, highlighting the current selection problems he is dealing with.

What team could Chelsea name if it only included injured players?

Loftus-Cheek has returned to training but is yet to be fully fit and available for selection again. Chilwell could return to training at the end of next week, however his return date to be available remains unclear.

Mount’s knock is hoped to not be serious and could be available to face Man City on Sunday, while Sterling and Pulisic’s respective injuries are unknown regarding the severity.

Potter has never experienced something like this and he knows it is having a big effect on their results and form. However, the Chelsea head coach has no time to dwell as he tries to keep his side’s FA Cup and Champions League qualification hopes alive.