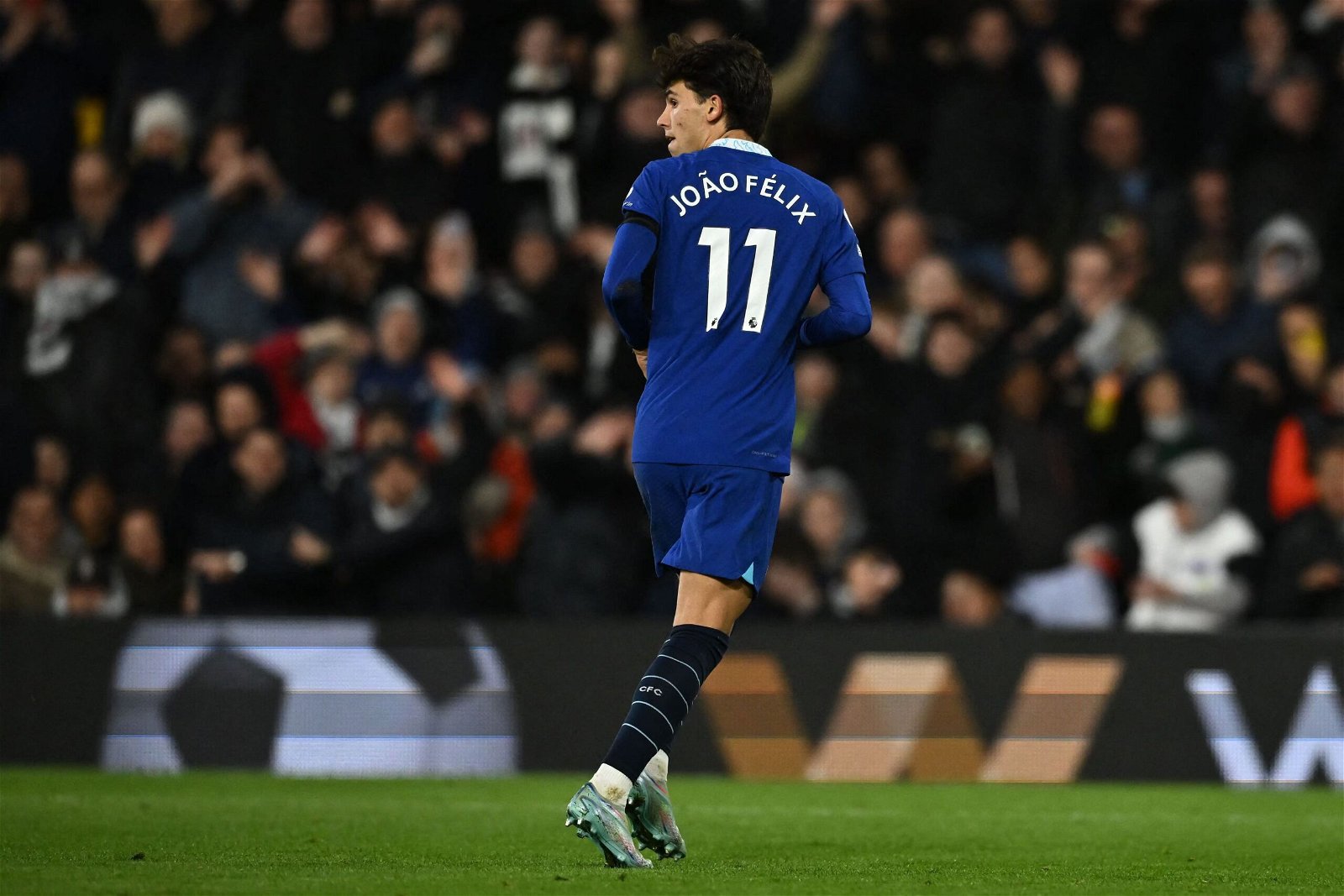 Joao Felix only arrived at Chelsea on Wednesday and proved to be the brightest spark on his debut despite getting sent off after 58 minutes on Thursday night.

Felix was signed from Atletico Madrid for the rest of the season and received his work permit in time for the west London derby against Fulham. It was a case if Graham Potter wanted to throw the £9.7 million loan signing into the team at the first attempt.

Potter did just that and opted to select the 23-year-old in his starting XI because “he is in a good place and has had some football as well. Physically he is ok, obviously he is in an adaptation time which is not optimal. With the quality he has we thought it was the right decision to put him in”.

He was joined in attack alongside Kai Havertz and Mason Mount at Craven Cottage. Felix proved to be Chelsea’s best player on the night.

Statistics from Opta revealed Felix had the most shots (6), most shots on target (4), successful take-ons (2) and won the most fouls (4) of any player on either side on Thursday. Ultimately, the Portugal international was unfortunate not to have hand in a goal or an assist.

He brought energy, positivity and invention to Chelsea, something Potter’s side have been seriously lacking. But for it to come from a loan player, who made the starting XI after being at the club for less than 48 hours, paints an even bigger picture.

In the 58th minute, Chelsea’s current problems were summed up when Felix was sent off on his debut for a late challenge on Kenny Tete which saw the visitors go down to 10 men.

Potter’s verdict? He said: “I didn’t see any malice in the challenge at all. It was a little bit high of course but the referee then has a decision to make. He’ll learn from it.”

Chelsea were punished 15 minutes later when Carlos Vinicius headed past Kepa Arrizabalaga to seal a 2-1 win for Fulham, who claimed their fourth Premier League win in a row.

Chelsea are without Felix until February 11 when they face West Ham at the London Stadium. It’s a suspension which costs them £2.1 million after landing him for a fee of around £9.7 million.

The injury problems in attack to Armando Broja, Christian Pulisic and Raheem Sterling were a reason why Felix was needed, now Chelsea are back to square one. Marcus Thuram is linked and talks are reportedly ongoing over the out-of-contract Borussia Mönchengladbach winger.

Felix was exactly what Chelsea hoped he would be on Thursday night, his debut performance probably exceeded expectations, until the 58th minute.

Chelsea need to look on what Felix brought to the side and find the solutions in his absence as they look to stop the rot and increasing pressure the squad and head coach are currently under.

“We’re suffering and they are suffering,” concluded Potter on the fans’ emotions. “So we feel for them and feel their disappointment. I think it’s important we stick together and try to get through this tough period, because it really is a tough period.”