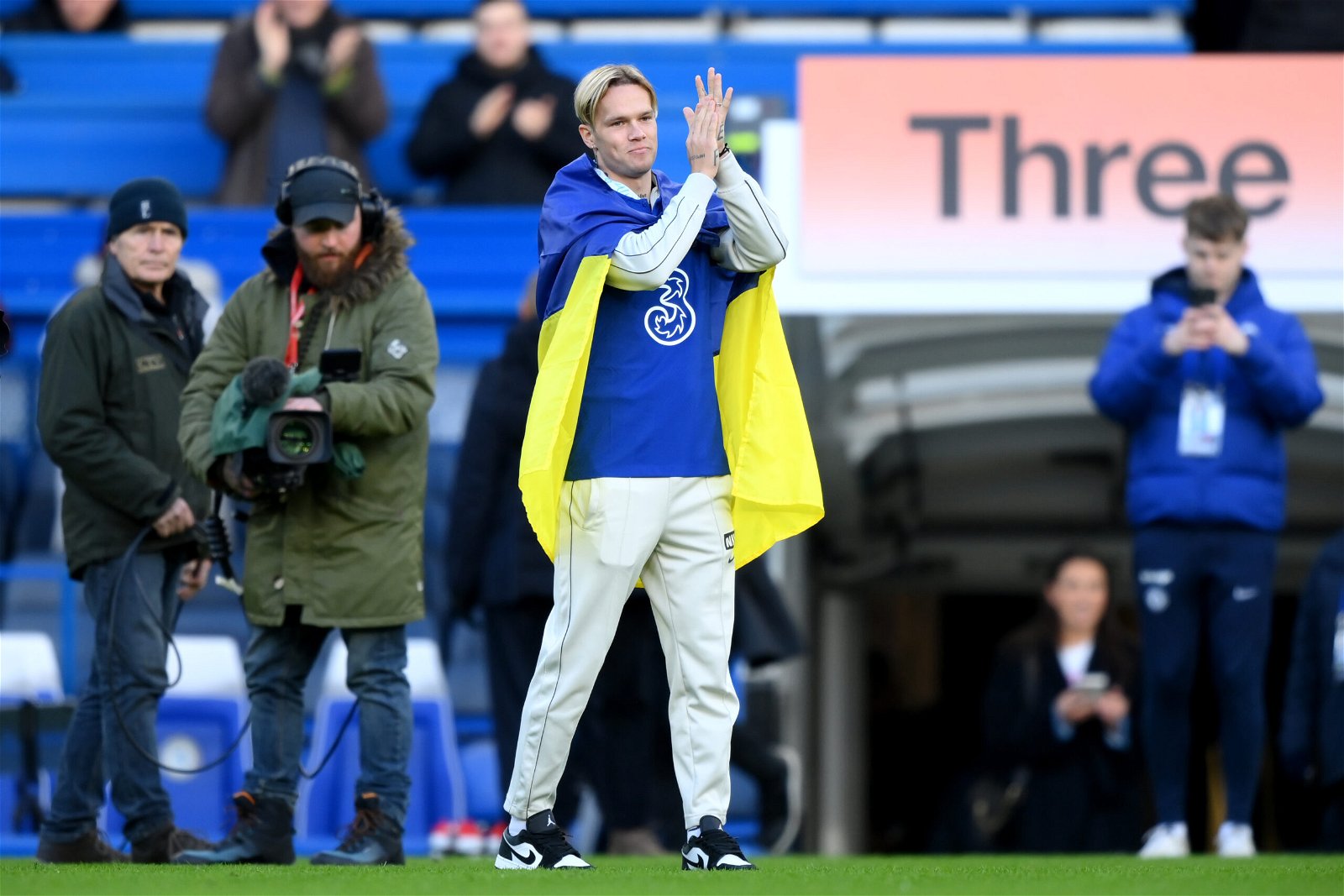 On Sunday, the Blues announced, midway through their Premier League clash with Crystal Palace, that Mudryk had completed an £88 million move to Chelsea.

The 22-year-old signed an eight-and-a-half year contract with the club, committing his long-term future to the west London side.

This transfer came as a surprise to many, as it looked as though he would instead be heading to north London before Chelsea hijacked Arsenal’s planned transfer.

On Wednesday, Mudryk participated in his first training session at Cobham with his new teammates, and Blues fans have already been left impressed after the club shared a video of him picking out the top corner with a wonderful effort.

The young star will be hopeful of making his debut for the side on Saturday, as Chelsea travel to take on Jurgen Klopp’s Liverpool at Anfield.

It would be a big occasion for Mudryk to make his debut despite the troubles both sides have faced so far this season.

He is hopeful of helping revitalise Chelsea this campaign who currently sit 10th in the Premier League, but will also look to offer a lot in the long-term.

Speaking on his future, Shakhtar CEO, Palkin spoke to Sky Sports about the Ukrainian’s future with the Blues and the potential success they will have, he said: “I believe Mudryk will bring (Chelsea) a lot of titles.

“Chelsea explained their project and I liked it very much. When you change owners you have effect on sporting results. Next season will be a different Chelsea, one of the best in the world. Very ambitious.”

The chief executive also discussed the project Chelsea have when speaking to The Athletic, he detailed: “Chelsea have some kinds of problems but it is normal because they have a transition period from one owner to another. It is understandable. They would like to change a lot. So when they explain to you the whole story and you look for the next two, three, four, five years, then you see they have a serious project.”

He continued: “I believe they will build one of the best clubs in the world because I am telling you, they are very serious in all directions: sports science, the stadium side, the commercial side, on all things. For us, they looked very ambitious.”

There has been a clear direction at Chelsea since the arrival of Todd Boehly and the consortium on bringing in youth talent and building an elite squad for the future.

Mudryk could be the star to lead this project, alongside the likes of Carney Chukwuemeka, David Datro Fofana, Benoit Badiashile and Cesare Casadei who have all been brought in this past year.