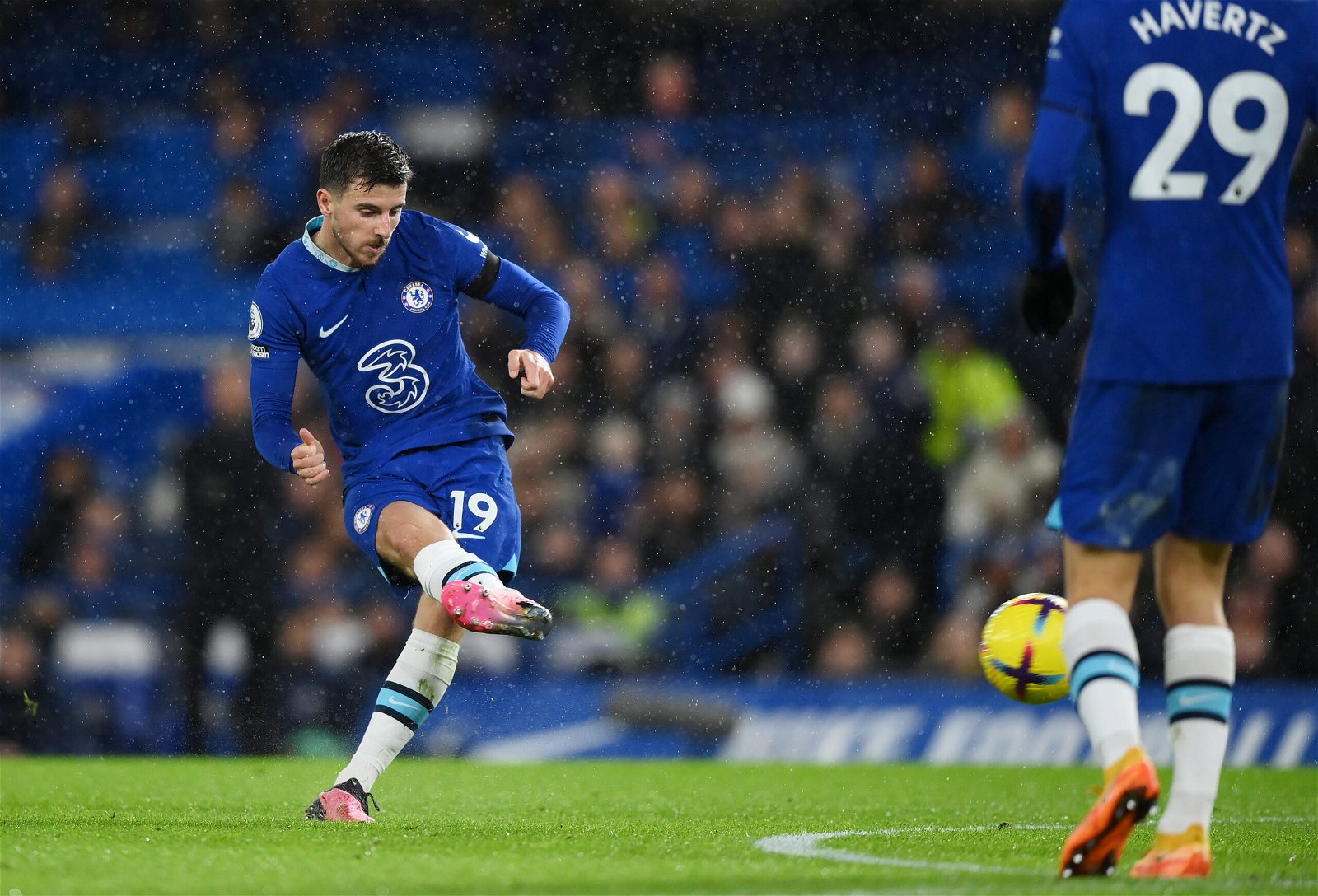 Chelsea popped the Cherries in a comfortable 2-0 victory over AFC Bournemouth at Stamford Bridge on Tuesday evening.

The Blues marked the season of goodwill and festive cheer by inspiring plenty of the latter in the onlooking home faithful, with a controlled and markedly improved showing than those of which they had seen before the World Cup break.

The deadlock was swiftly broken in the 16th minute, with Kai Havertz meeting a picture perfect low cross from Raheem Sterling to bundle home and cap off a wonderful team goal. A sumptuous long-ranged effort from Mason Mount doubled the advantage just eight minutes later.

Graham Potter has said he is looking forward to the weeks, months and years ahead as Chelsea boss, and his side’s first half display will have made his eager wait for a return to Premier League action all the sweeter.

A bitter pill was to follow, however, with Reece James succumbing to another injury shortly after the interval to the concern of his manager and the supporters in attendance.

The fixture petered out into a relatively calm conclusion – a gift Potter will have warmly welcomed under his tree this Yuletide. Up next for the Pensioners is another newly promoted outfit in Nottingham Forest on New Year’s Day.

In the interim, here is what Absolute Chelsea made of the Blues’ respective performances against Bournemouth.

Scarcely tested if truth be told, but the newfound confidence in the Spaniard was abundantly apparent in his ball-playing abilities and his willingness to roam out of his goalmouth in true ‘sweeper keeper’ fashion. Those two qualities are setting him apart from the more established Edouard Mendy in the eyes of his gaffer.

It was all going so well in the long awaited return for Chelsea’s star player, only for it to be cruelly curtailed by yet another injury and for Graham Potter’s plan to fly out of the window. Until that point, he was growing into the occasion and proving a threat on the right flank, working well with Sterling. Supporters and peers alike will be hoping the prognosis is positive, but there is now a case to be made that some reinforcements are needed in the forthcoming transfer window on the right side of the defence – if only to give the young Englishman some breathing space and the necessary time to recover.

A century of Blues appearances and not out for the sage veteran. This was one of the more personally painful ones, although by virtue of the physical toll rather than some of the bruises taken in defeat. He showed signs of a knock no more than five minutes in, yet battled on and never actually seemed to shake it off. Yet it’s well proven by now that on pure defensive instinct and awareness alone he can position himself to snuff out any danger, and so it proved again. Save for one or two moments of madness, this was standard fare from the timeless professional.

Meat and drink as far as the experienced giant from Senegal is concerned. Practically impenetrable at the back and unfortunate to see a towering header at the other end of the field glance just wide in the second period.

Made a last ditch interception at the back with the scoreline at 1-0 and, while it is hard to say how much of an impact that made given the Pensioners’ sheer dominance, we have seen how Chelsea are prone to capitulation when a goal goes in against the run of play. The angles of his passing were most impressive as ever, and his defensive nous improved following a period of illness and acclimation following his transfer from Brighton.

A true enforcer in the engine room, the Swiss international wasn’t afraid to roll his socks up and muck in with his sheer physicality. In the final third he was relatively ineffective, but he had four colleagues on song and singing from the same hymnsheet to take care of that. As for his brief, he broke up play and battled with a great competence.

Not the hardest day at the office for the Italian maestro, who conducted the lion’s share of possession that the Blues enjoyed with consummate ease. His ability to break the lines with his pinpoint passing, often to an unmarked and lively Mount, was important in the final analysis of this game.

Like a kid in a sweet shop and, in keeping with the time of year, like all his Christmasses had come at once, being deployed as a number eight and picking up space in the pockets at will. His exquisite finish will get the headlines – and rightly so – but he was positively purring in a performance fans frankly haven’t seen enough of this season from their talisman.

Denied a goal through a debatably perturbing decision by the match officials and quite possibly a penalty too, on account of the same reason. While that takes some deserved gloss off his efforts, he was a constant thorn in the side of Jack Stacey – so much so that he was withdrawn at the break – demonstrating real impetus and intent to make an impression in his natural position, and a low centre of gravity in his excellent movement.

The former Manchester City man looked miles sharper on the evening than he had in the month or two preceding the World Cup interval, clearly benefiting from some downtime in spite of well-documented domestic troubles threatening to disrupt that. In that respect, it was pleasing to see the motivation and the hunger to make things happen, with his assist just the cherry on the cake and his body of work and combination play with James and Havertz in particular the icing.

Spurned an early sight of goal with a dud of an header from close range, but promptly made amends by busting a gut to get on the end of the opener and then showing silky composure prior to the second. The German comes in for a fair amount of criticism for his relative impotence in front of goal – and in truth, some of it is warranted – but his understanding of space and precision of timing makes him a worthy fox in the box in the very least, in lieu of the form, quality and availability of other options.

A faithful servant whose commitment can never be questioned, but his waning abilities can. The marked difference between what he brings to the team in 2022 and what Reece James offers was laid bare, with the club captain struggling to provide even an iota of the dynamism of his once understudy, and with the away side enjoying some joy on that flank upon his introduction.