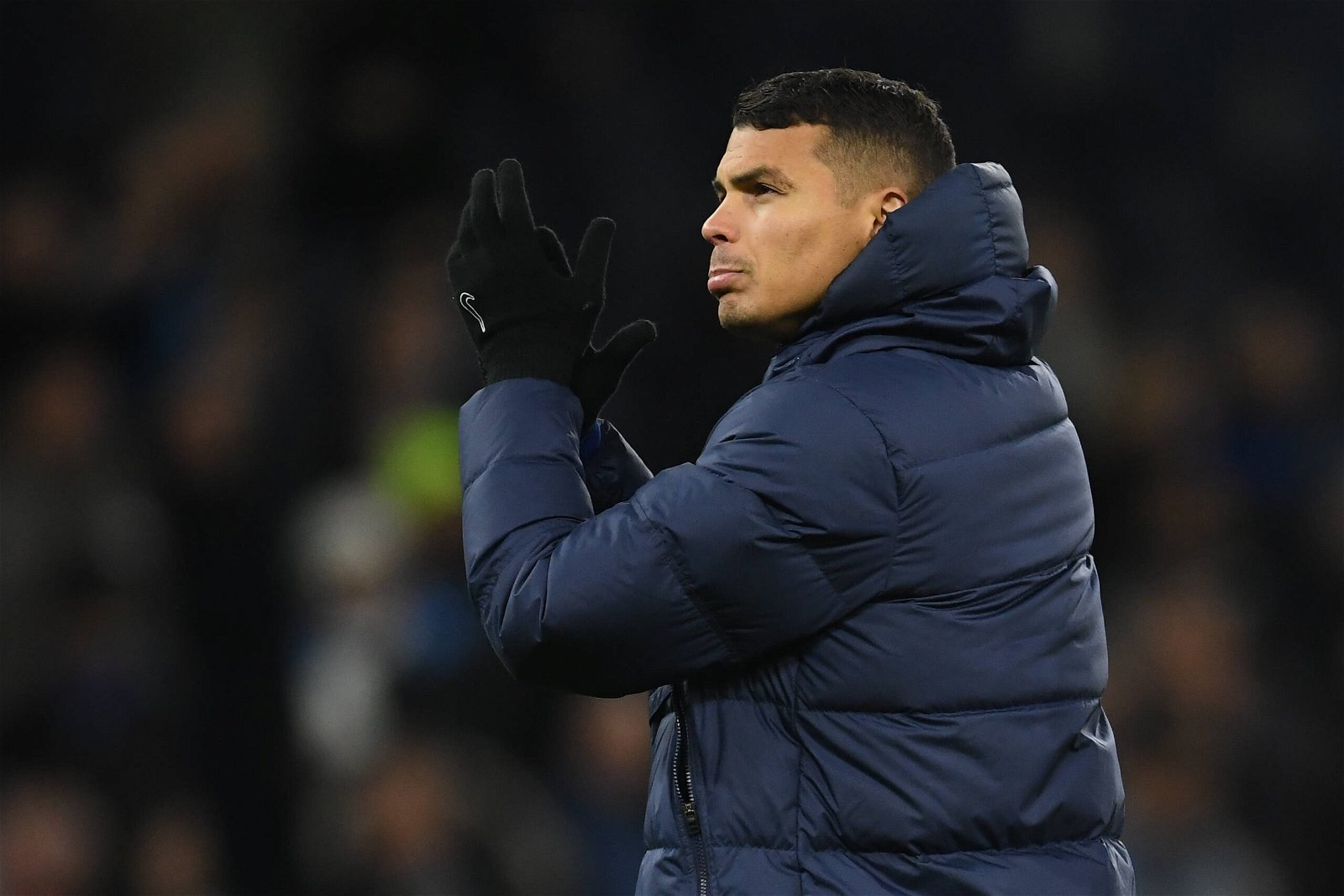 Thiago Silva has told Chelsea to face their current problems head on as they look to get claim their first win of 2023 this week.

Despite being 38-years-old, Silva remains one of Chelsea’s most reliable players and someone who can be counted on even when times get tough. A sign of his incredible experience.

Chelsea are currently going through an extremely challenging period, the pressure is mounting on Graham Potter‘s side and there are no signs that the declining results are going to stop anytime soon due to their current injury crisis.

They have lost six of their last nine games in all competitions and have fallen to 10th in the Premier League as a result. Chelsea were also knocked out of the FA Cup by Manchester City after being thrashed 4-0 at the Etihad Stadium on Sunday afternoon.

Chelsea are coming under increasing pressure and felt the anger of supporters in the away end in Manchester on a grim evening as they chanted the names of former boss Thomas Tuchel and former owner Roman Abramovich.

Head coach Graham Potter has acknowledged that results are not what they want them to be right now, understanding the frustration and anger, and vowed to do everything he could to help the team get back to winning ways.

Lewis Hall and Omari Hutchinson are two Chelsea’s players, both younger members of the squad, to have come out to admit it’s not been good enough and that improvement is required.

Silva, who was an unused substitute on Sunday against Man City, has also joined the call of rallying his teammates to dust themselves down and offer a response on the pitch.

“It’s hard? Face it! No one will do for you what only you are capable of,” he wrote on Instagram.

Chelsea can start to put things right on Thursday night when they make the short trip across west London to face neighbours Fulham at Craven Cottage in the Premier League.

Potter and Chelsea are in desperate need of a win, although the 47-year-old won’t be sacked even if they do fall to defeat, and victory in midweek would relieve some of the pressure on the team for now.